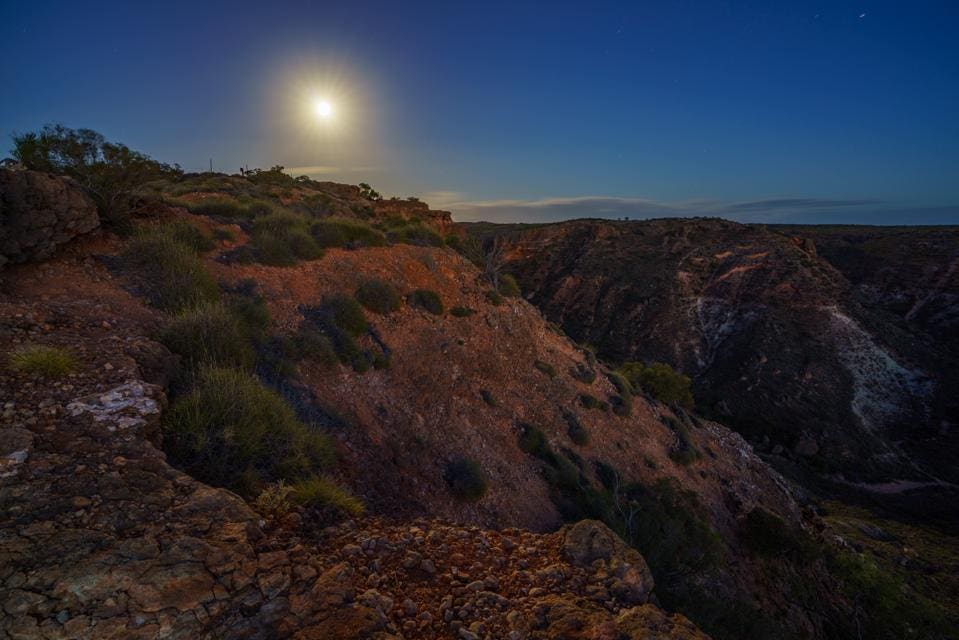 Charles Knife Canyon near Exmouth in Western Australia will see a short total solar eclipse in 2023.

Would you travel across the world and into the remote Outback of Australia to glimpse a total solar eclipse that will last for just 62 seconds?

Tens of thousands of eclipse-chasers from across the globe will do just that exactly four years from today on April 20, 2023, to see a rare ‘hybrid’ solar eclipse that just grazes the coast of Western Australia. 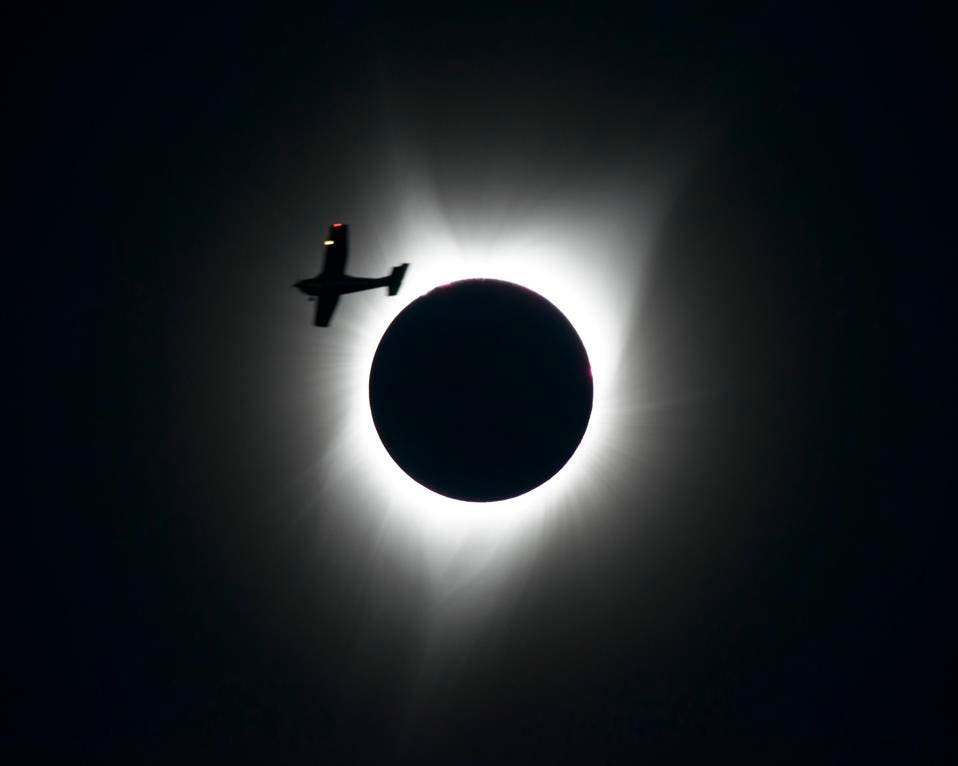 Totality during the Great American Total Solar Eclipse from Lake of the Woods, Wyoming on Aug. 21, 2017  (Photo by Kiffer Creveling)

What is a ‘hybrid’ solar eclipse?

“It’s a combination of an annular solar eclipse and a total solar eclipse,” says Greg Quicke, a practical astronomer, author of “Earth Turning Consciousness: An Exercise In Planetary Awareness”, star of ABC TV’s Stargazing Live with Professor Brian Cox, and owner of Astro Tourswhere he conducts stargazing tours in Broome, Western Australia. “An annular solar eclipse is when the moon is a little bit too far away to cast a shadow all the way to the Earth, so from Earth we see a ring of sunlight around the moon – an annulus is simply a ring,” he explains. The moon’s central shadow is a cone, and during a total solar eclipse the tip of that cone touches Earth. However, during a hybrid it only touches the Earth for a short period, transitioning from an annular to a total, and back again, at two specific points. However, in 2023 both of those transition points are at sea. “For all intents and purposes it’s going to be a total solar eclipse from Australia,” says Quicke.

That’s the science. Now for the travel. 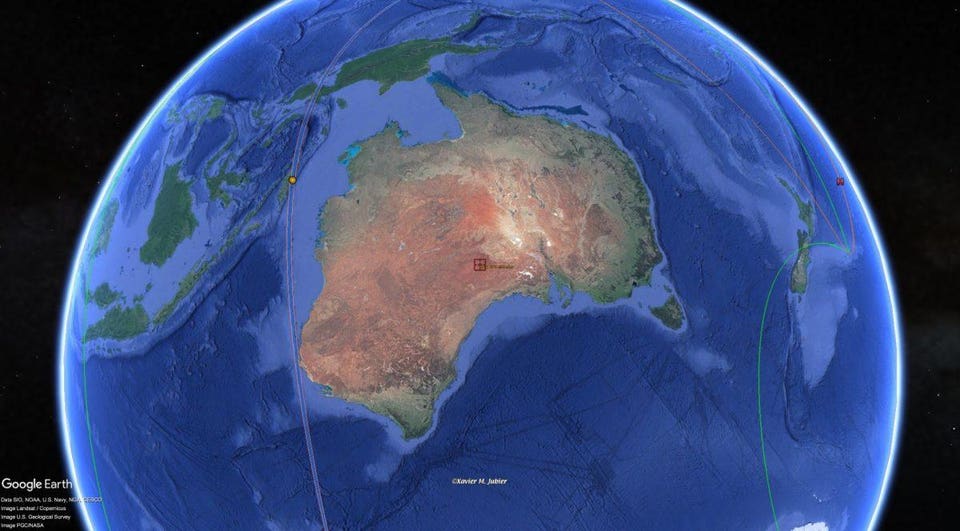 Despite totality being very short, eclipse-chasers are lucky that the moon’s umbral shadow just makes land at all. That happens only at Exmouth Peninsular in Western Australia, where at 11:29 a.m. just over a minute of totality will occur while the sun is high in the sky, very likely in clear skies. Exmouth Peninsula is about a 1,270 km drive north of Perth, and a 1,400km drive south from Broome, where Quicke is based. “I’m pretty happy to travel!” he says, recalling seeing totality in 2002. “I can still feel the physical impact of that one,” he says. “At the moment of totality it was like my heart opened – there was a physical hugeness in my heart and I had to cry out loud. I was way in a wheat paddock with a small group of friends so it was OK to make a lot of noise, and I did. It was incredible.” 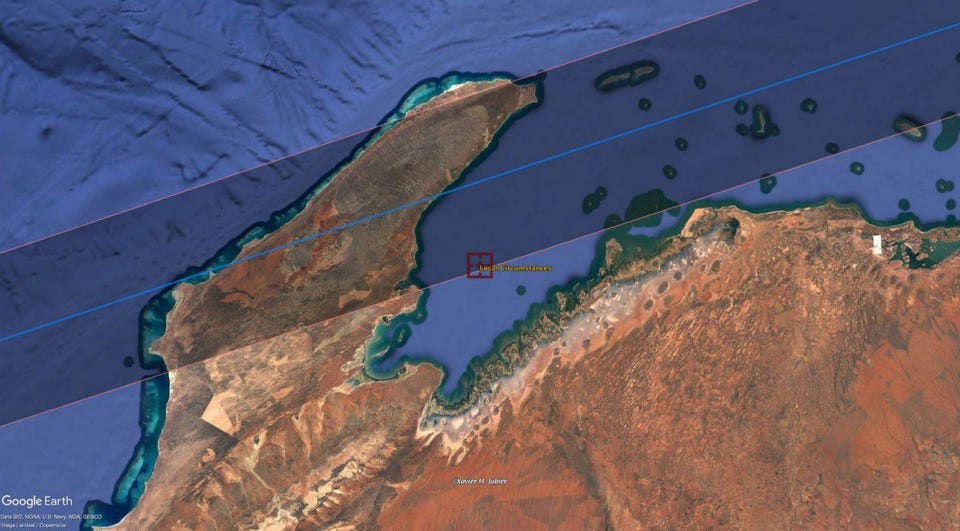 The path of totality over Exmouth Peninsula in Western Australia on April 20, 2023. An interactive Google Map can be accessed here.

Where to watch the 2023 eclipse

“It’s a desolate piece of country and I imagine it’s going to be full,” adds Quicke, though Exmouth’s permanent population of 2,000 regularly swells to 10,000 in the tourist season, which kicks-off in April. So there are hotel rooms. However, near to Exmouth is Cape Range National Park, an area of remote coastal areas and golden beaches, with a lot of campsites and to-die-for eclipse-observing positions. “I’ll be camping – I’ll just be taking my swag,” says Quicke. “I don’t think any park rangers are going to bust people for camping – we’ll all camp wherever we can.” 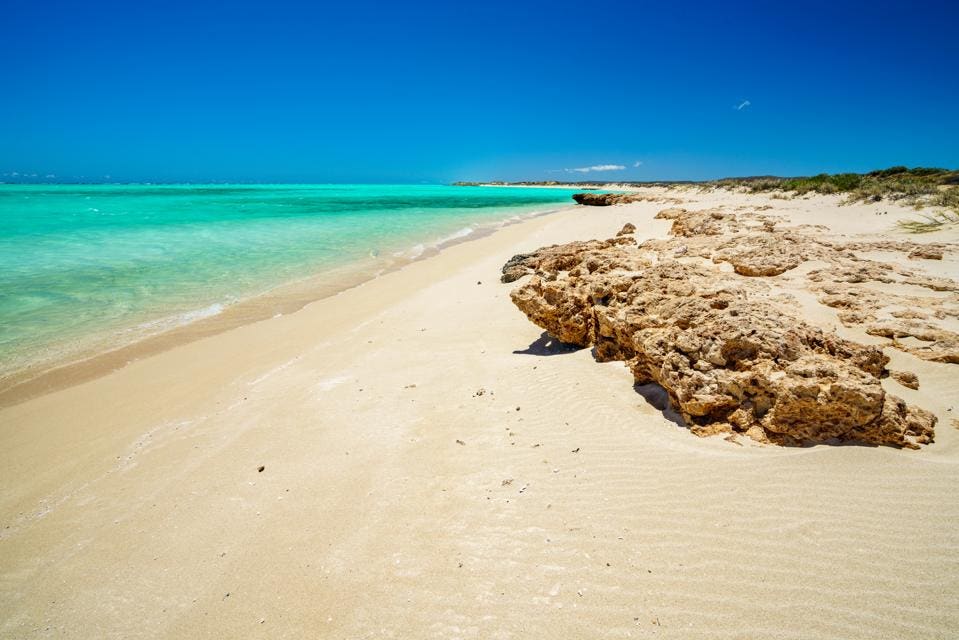 Where to watch in Exmouth

In Exmouth itself, good observing points include Exmouth Visitor Centre, Exmouth Airport (which might suit the fly-in, fly-out eclipse-chaser), Charles Knife Canyon for a higher lookout for watching the moon-shadow approach, and, fittingly, the Learmonth Solar Observatory, which monitors the Sun for solar flare activity (it’s also home to a 10-inch telescope). There will also be boats out on the spectacular Ningaloo Reef. 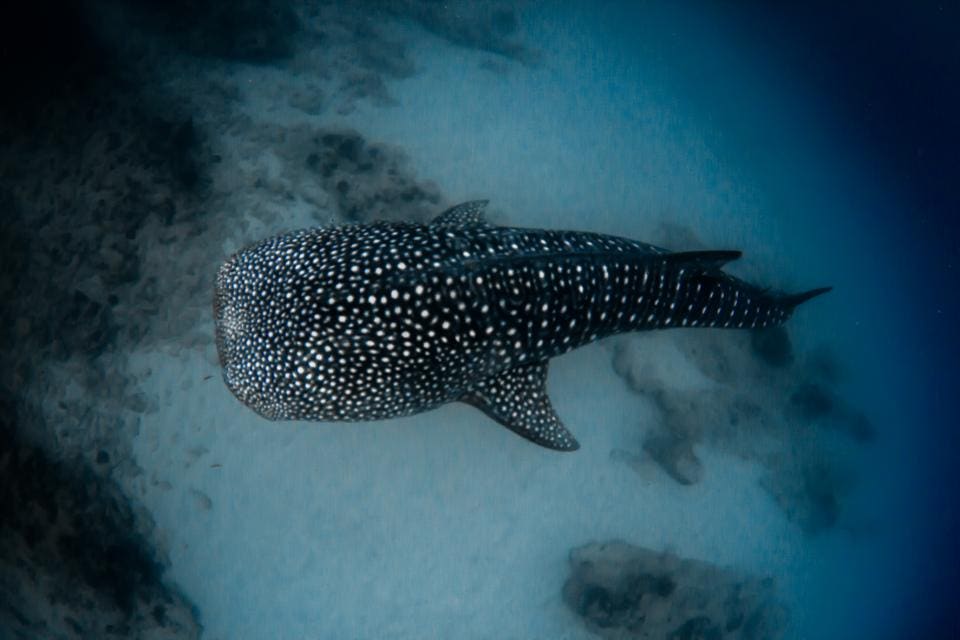 A whale shark in the crystal blue water of the Ningaloo Reef.

Whale sharks will be waiting

All of this attention could be unfortunate for whale sharks. Each April-August the world’s biggest fish (about 12 meters) ply the coast of Exmouth Peninsula. Since swimming with whale sharks is a bucket-list item, just as a total solar eclipse is, there could be significant pressure on the poor animals. Other activities popular with tourists in the area include scuba diving, snorkeling, glass-bottom boat tours, sea kayaking, incredible fishing (beach, reef or game), and four-wheel drive safaris. 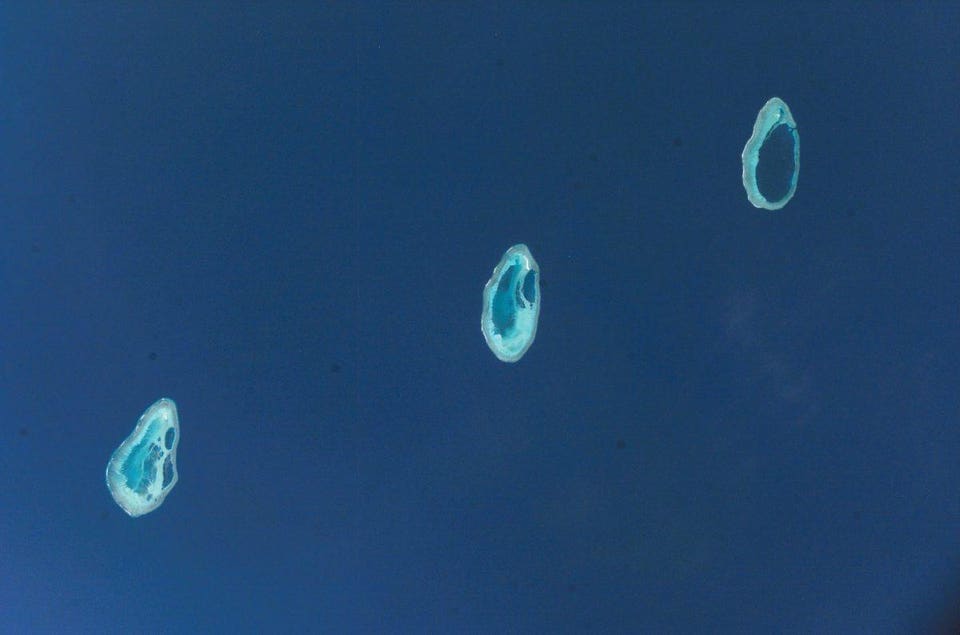 Rowley Shoals Marine Park on the northwestern Australian coast will get 1 minute 10 seconds of totality in 2023.

Exmouth is not quite the only place to watch the eclipse in Australia. Camping on the white sand beaches of the remote Muiron Islands in Ningaloo Marine Park, close to Exmouth, is an option. One for intrepid yacht-owners is the super-remote atoll-like coral reefs of Rowley Shoals Marine Park about 360 km west of Broome on the northwestern Australian coast, which will get 1 minute 10 seconds of totality. 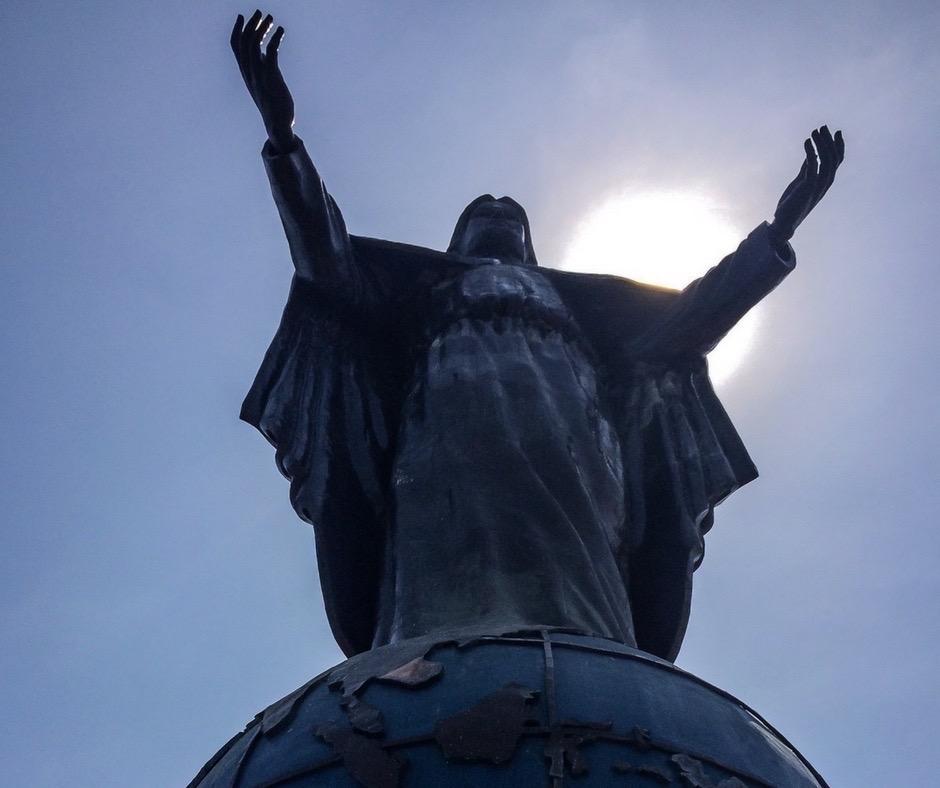 A trip to Timor-Leste?

Australia isn’t quite the only place to see the 2023 eclipse. The more intrepid might consider a trip to Timor-Leste, a country with great beaches and untouched coral reefs, but rough roads. About 40 miles north of Darwin, the 2023 eclipse’s greatest point of duration occurs just off the coast of Timor-Leste, though the choice pick is the beach resort of Com on the eastern coast, which will receive an unbeatable 1 minute 16 seconds of totality at 13:18 p.m. local time. However, clouds are more likely up here. 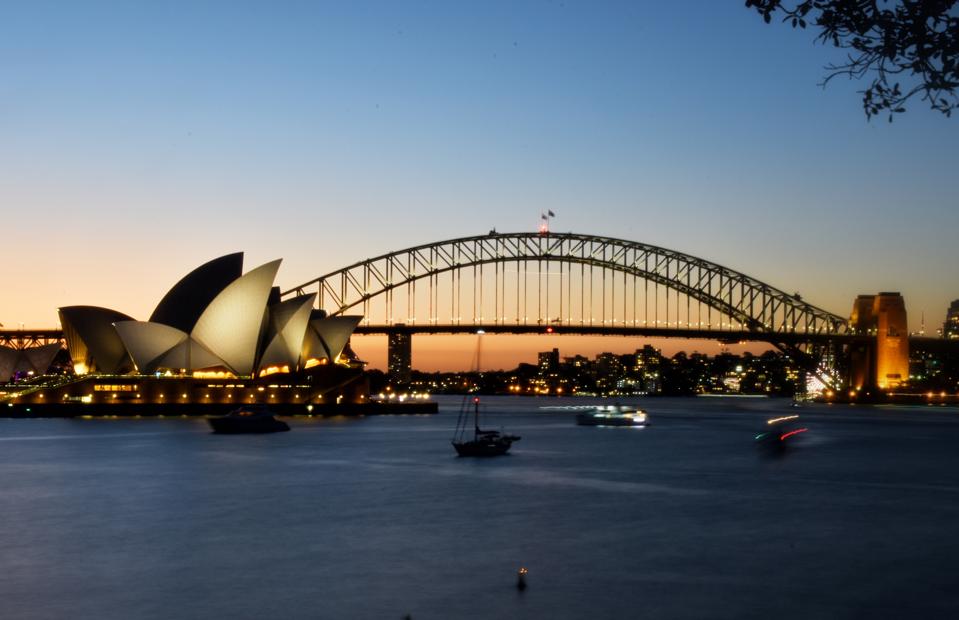 Sydney Harbour will see totality in 2028.

Starting with the 2023 eclipse, Australia will get a stunning five eclipses in 15 years, some shared with New Zealand. The next one is on July 22, 2028, when it crosses Australia from northwest to southeast. “That’s very hard country to get to and the best way to see that one will be in a boat off the Kimberley coast,” says Quicke. Do that and a stunning 5 minutes 4 seconds of totality will be possible, though as this map shows, the moon’s shadow also passes over the UNESCO World Heritage Site of the Bungle Bungles of Purnululu National Park, and somewhere called Sydney (population 4.5 million), albeit ‘only’ for 3 minutes 44 seconds, as well as New Zealand’s beautiful Milford Sound and extreme sports capital Queenstown. 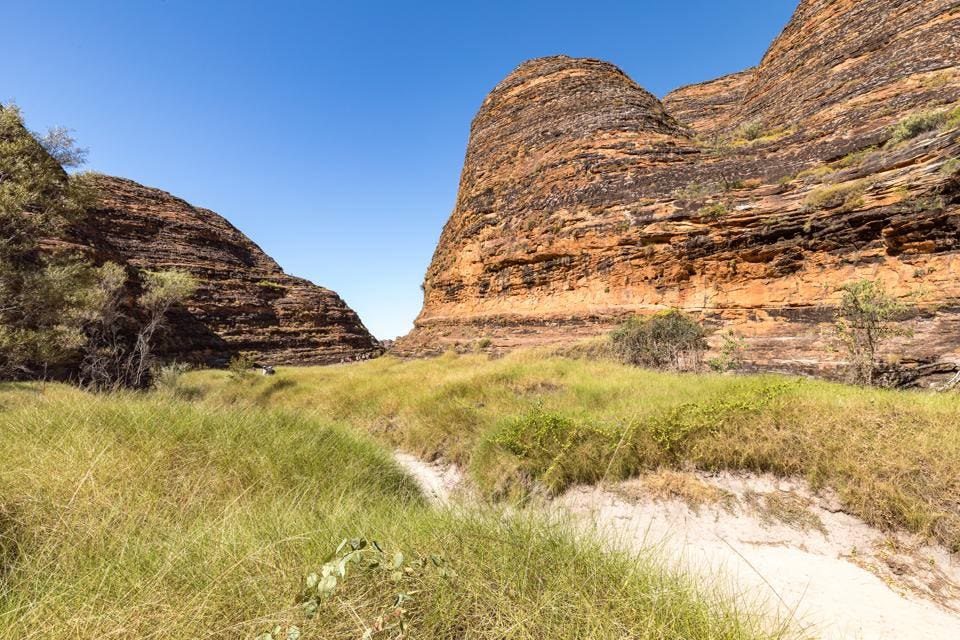 If that’s going to be a massive event, so will be a total solar eclipse in 2030 in South Australia, one in 2037 (when it will cross Uluru (Ayers Rock) and Byron Bay in Australia, and Lake Taupo in New Zealand) and a Boxing Day eclipse in 2038, which crosses … just north of Exmouth Peninsula.