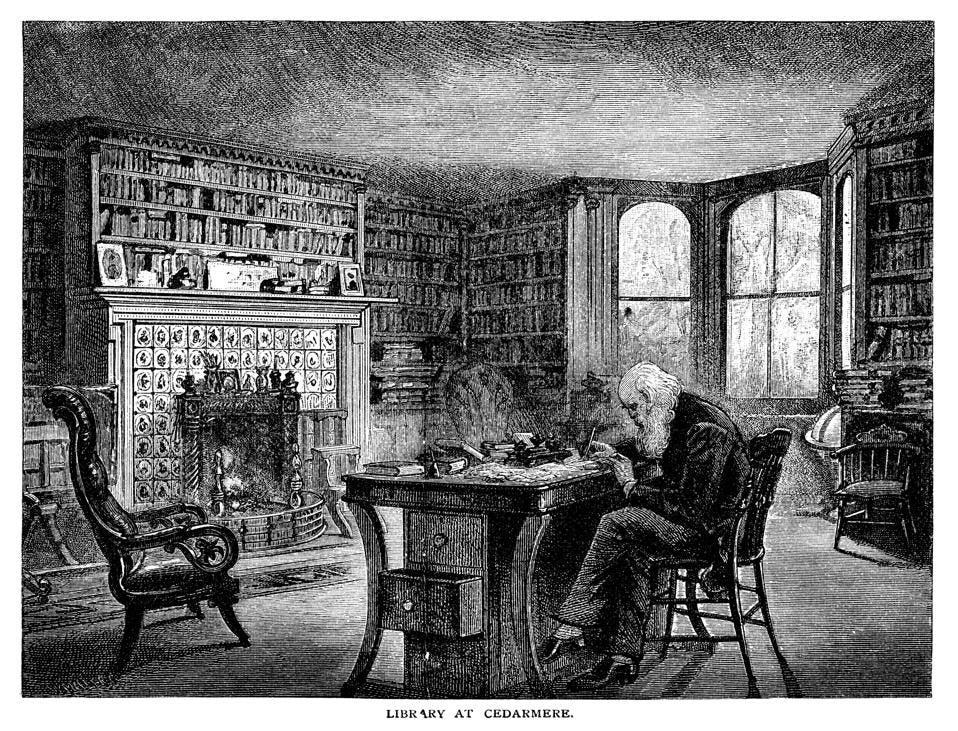 There was once a time when a scholar might spend their entire life working in a single archive contemplating the deeper meaning of a single work. Today that deep understanding has been replaced by a cursory glance at a headline and a quick tweet. Social media has taught society that speed is of the utmost, richly rewarding those who post the first snarky takedown of someone or something, rather than those who spend the time to deeply read, research and understand the meaning of a work. The “big data” revolution has made this ever worse, fetishizing the idea of shallowly gleaning patterns from vast collections of works rather than deeply understanding the meaning of a single work. Computerized surfacing of population-scale patterns can yield powerful new insights into human nature. In contrast, speed reading headlines before tweeting uninformed commentary does little to advance society and only contributes to the deluge of falsehoods and ignorance that washes across today’s digital shores. Would forcing users to actually read and deeply comprehend articles before sharing or commenting on them on social media curtail today’s plague of uninformed falsehoods?

In today’s winner-takes-all world of real-time social media, the first to comment on an issue is lavished with viral fame, while those who take the time to thoroughly read, research and comprehend a story before posting are likely to attract little attention. The mobile-first nature of today’s Web in which users consume content through tiny phone screens in microbursts of attention throughout the day is not conducive to the deep reading of old. Instead, it incentivizes the very surface speed reading that has long been a point of derision when it comes to machine approaches.

After all, if we criticize machines for categorizing an article according to a few keywords, why should we reward humans who share that same article by glancing at the first few words of its clickbait headline?

The problem is that without reading articles, the reactions users post to social media rarely reflect in any way the actual contents of the story they discuss. Commentators criticize an article’s failure to link to a source or its failure to reference a related article or an errant statistic and these criticisms become “truth” without anyone going back to actually read the original article to note that all of the criticisms are false, that the article actually did prominently link to the source, that it mentioned the related article multiple times and that the statistic attributed to it on social media is not what is actually written in the article.

This is one of reasons digital falsehoods spread so easily on the modern Web: we don’t actually bother to read the articles we share, instead relying on the brief summaries of total strangers.

It is remarkable indeed that on today’s Web we are perfectly willing to accept a one-sentence tweeted summary of an article from an anonymous user as fact rather than click through to skim the article ourselves. When did we become so trusting that we merely blindly accept what we read on the Web?

It is little wonder that digital falsehoods propagate so readily in a world in which society has been trained to blindly accept the word of total strangers and never verify for themselves. We have a serious problem with information literacy.

This raises an intriguing question. What would happen if social media sites required us to answer one or two basic questions about a page before we were allowed to share it or comment on it?

Imagine if every author of an article, Web page, social media post and other form of content was asked to come up with a few basic questions that would determine whether a user had actually read their article, in much the same way that a high school English teacher asks a series of basic questions to see whether their students actually read the day’s assigned reading. Each question would be in the form of multiple choice and available through standardized HTML markup.

When a social media user attempts to share a link to an article or comment about it, that platform would retrieve the list of questions from the page and ask the user two of them, requiring correct answers before it posts their commentary.

While the system could be easily gamed, it would help nudge users towards at least skimming works before writing about them.

Taking this a step further, what if platforms gamified reading? When commenting about an article, a user would be asked a set of questions and the user with the most correct answers would be given a special virtual badge that over time could convey additional authority to their responses.

As content understanding algorithms continue to improve, it is entirely possible that within the very near future, such a system could actually take a user’s post about an article, compare it against the original article and automatically flag commentary that seemed to factually misrepresent the article, helping the poster to revise their comments. Such a system could even generate a customized set of verification questions based on the user’s comments to see if they read the article, eliminating the ability to game the system.

Such tools would represent only small steps towards encouraging society to read again, but they would at least push back against our epidemic of responding over reading.

Putting this all together, the social media revolution has helped usher in an era where being first is more important than being right, where responding has replaced reading and where cursory skimming has replaced deep reading and understanding. We are becoming a society that increasingly outsources our comprehension to total strangers on the Web and rely upon machines to perform our research for us.

In the end, without a serious investment in information literacy, the Web is going to become more and more about entertainment rather than enlightenment.